This morning when I posted the news that Bordeaux UK Ltd had gone into liquidation it all looked relatively straightforward. However, during the day complications have emerged: there are three companies involved not just one.
These are: Bordeaux UK Ltd, NS & IV Ltd and Vin Bordelais Ltd 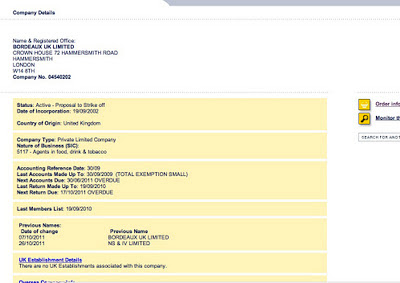 
This is the original company and the one that has been placed in voluntary liquidation. On the 7th October the company changed its name to NS & IV Ltd and then on 26th October changed it back to Bordeaux UK Ltd.
Although the total deficiency is not known, it is already clear that a number of clients placed orders for en primeur Bordeaux from the 2009 and 2010 vintages. The wine trade will start to ship the 2009s from the end of this year with the majority being delivered in the first half of 2012.

Having spoken this afternoon to the liquidator, Nedim Ailyan (Abbott Fielding), the news on the en primeurs appears to be rather more postive than initially feared. Ailyan has been in contact with Octavian Vaults as well a merchants and brokers such as Farr Vintners, Wilkinson and Bordeaux Index and from replies so far received it appears that Bordeaux UK did place en primeur orders and had made payments. One unnamed broking company told him that of £135,000 ordered payments totalling £120,000. However, Octavian Vaults have been swamped with phone calls over the last two days, while Ailyan has taken over 100 calls. It is likely to take some time before it can be fully established whether what clients ordered to matches the orders placed by Bordeaux UK Ltd.

Regarding the estimated deficiency Ailyan believes that this may be less than £250,000 but obviously this could change once all the figures are in. "We were approached some six or eight weeks ago when initially the idea was to go for a solvent liquidation (Members' Voluntary Liquidation) but the continuing fall in the value of top wines made the company insolvent on paper." 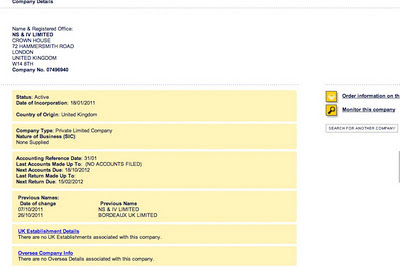 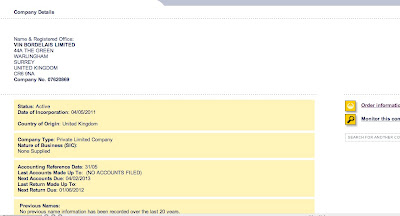 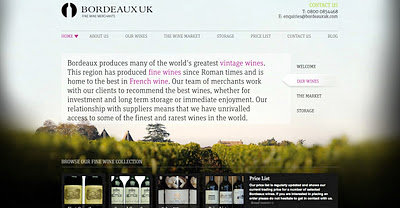 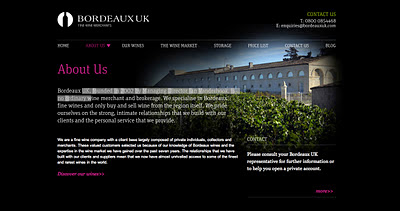 Bordeaux UK Ltd: 'about us' page 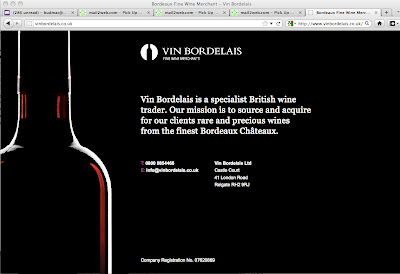