Message from Chris Herron of Herron Fisher Insolvency and Business Recovery
'All four directors of Vinance PLC have been the subject of disqualification proceedings taken by the Insolvency Service. Each director has now given a legally binding undertaking not to act as a director of any limited company for a long period of time.

Simon Earl – 10 years
Simon Ford, Paul Ford, Mike Wallen – 9 years each
If they breach their undertakings, they can be prosecuted. Simon Ford has resigned as a director of Electus Wines Ltd.' See previous investdrinks post here.

Following Simon Ford's resignation (13.1.2015) as a director of Electus Wines Ltd, the company's future may well be uncertain. The sole director is Timothy Graham Ford, Simon's father who celebrates his 70th birthday today. Will he want to continue the business, which Simon Ford told me he would be running from Ottawa? The company is now registered at a private address in Blackheath.

In February 2013 Simon Earl and Mike Wallen were jailed for their part in running a brothel and prostitution ring. Details here.

My thanks to Chris Herron for keeping me informed. It would be good if all insolvency practitioners were this helpful!
Posted by Jim's Loire at 07:44 No comments:

Embassy Wine (UK) Ltd, whose sole director was 28-year-old Jonothan (sic) Piper was compulsorily wounded up in the public interest on 3rd December 2014 on petition by the Insolvency Service. The Insolvency Service reported that Piper 'treated company bank accounts as effectively his own personal accounts'. I hope this means that The Insolvency Service will in time apply for Piper to be banned from serving as a UK company director.

Embassy Wine (UK) Ltd, which claimed it was ‘a fine wine broker’, was wound up in the High Court on 3 December 2014, following an investigation by the Insolvency Service.

The court found that those claims were baseless, and that the company had failed to pay promised returns to customers who had paid the company directly for wine or who had transferred their wine portfolios to be managed and sold on by the company.

The company also took in substantial deposits from customers, on the false basis that those deposits were required to lodge wines in bonded warehouses or upfront fees in order to sell on wine portfolios. No deposits and no upfront fees had been returned to any known customers. In a number of instances customers, including a 94 year-old victim at the time of his dealings with the company, had paid over sums of over £30,000 to the company.

The court found that the company had substantively been run for the benefit of its sole director, Jonothan (sic) Piper, who treated company bank accounts as effectively his own personal accounts. Mr Piper had no previous experience in the wine industry, having been a labourer. Mr Piper failed to provide any meaningful co-operation with the investigators, and was found to have lied to investigators in respect of a number of matters, including as to how many company bank accounts there had been.

Giving judgement, Registrar Jones stated that the grounds in the Secretary of State’s petition for seeking to wind up the company were fully justified, and on that basis the company was compulsorily wound up.

The petition to wind up the company was presented in the High Court on 3 October 2014 under the provisions of section 124A of the Insolvency Act 1986 following confidential enquiries by Company Investigations under section 447 of the Companies Act 1985, as amended.

Company Investigations, part of the Insolvency Service, uses powers under the Companies Act 1985 to conduct confidential fact-finding investigations into the activities of live limited companies in the UK on behalf of the Secretary of State for Business, Innovation & Skills (BIS). 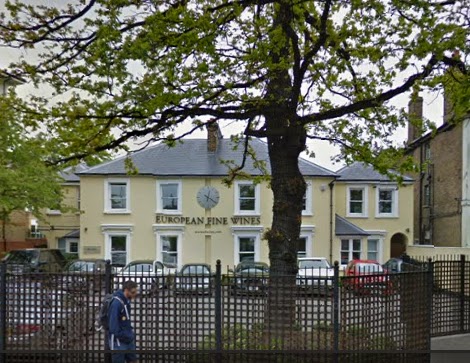 There are currently a rash of white knight scams linked with European Fine Wines Ltd, which went into liquidation on 25th June 2014, when Nedim Ailyan of Abbott Fielding Limited was appointed as liquidator.

Comment received for investdrinks yesterday (21.1.2015):
'I've just received a call from European Fine Wines ex financial director??? They are back in business and trying to sell me insurance to protect me from the company brought in as liquidators from only giving me 5p for every £1 invested. I actually own the wine and have it stored, is this true or a scam - help feeling very confused as thought I was one of the lucky ones?'

All these are scams as Nedim Ailyan, the liquidator, explains:

'In recent weeks, a company has been writing to the creditors on European Fine Wines letterhead alleging that they are the company and trying to obtain money from them.
In addition, a third party has been ringing creditors alleging he works for my office and that for a small payment, he can get people's wine.
Needless to say, anyone who passes any money to both these parties receives nothing. European Fine Wines Limited is in liquidation and any and all correspondence, that clients receive will be received from Abbott Fielding only.'

Don't fall for these advance fee frauds, they will only increase the losses you suffered through European Fine Wines Ltd.

Today I received a copy of the liquidator's progress report on the first 12 months of the liquidation of The London Vines Ltd, a 'wine investment' company, where the shareholders did rather better than their clients. The report was prepared by Alisdair Finlay, the liquidator and covers 31st October 2013 to 30th October 2014.

It certainly made interesting reading.

The headline story is that Barry Michael Gamble has been hit with a judgment in default to pay £741,647.45 related to the misfeasance claim brought by the liquidator. The judgment was given in the Birmingham District Registry. Barry Gamble was the sole director of The London Vines Ltd from 26th January 2010 to 9th April 2013.

Further details here:
'Settlement re Misfeasance Claim
Following analysis of the company bank statements for the period 1 February 2012 to the date of liquidation it was discovered that large sums of money had been paid to the shareholders and relatives of shareholders for which there were no records to substantiate the payments. Despite writing to each of the shareholders involved, none were able to provide satisfactory responses and as such I instructed solicitors to commence recovery proceedings. A claim was drafted against Barry Michael Gamble, Robert Scott Phillips, Amanda Sarah Gamble, Sylwia Phillips and David Phillips. A offer of £27,000 was made and accepted in respect of the claim against David Phillips in the sum of £33,776.

Barristers were instructed to give advice on the merits of obtaining an injunction against the assets of Barry Gamble. Searches on property websites showed that the matrimonial home was on the market for sale. Unfortunately no application for an injunction was made as Counsel weren't confident of success and an unsuccessful application could have resulted in a costs order against the liquidator for which he could have become personally liable.*

According to the progress report – 'It is possible that bankruptcy proceedings will be issued against Barry Gamble and Amanda Gamble.'

Robert Phillips, who was appointed sole director of The London Vines Ltd on 9th April 2013, reported that: 'In addition due to a dispute between shareholders, the Director, Robert Phillips claimed that he was unable to access any of the client information from the computers held at the trading premises as the passwords had been changed by Barry Gamble.'