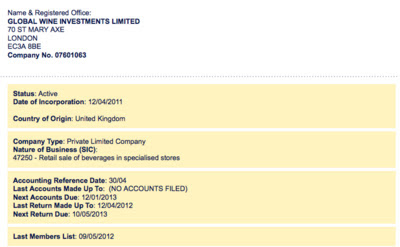 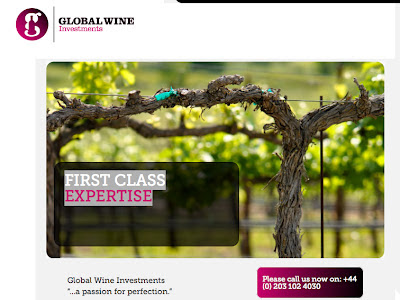 Some thoughts on moves to set up a regulatory body for wine investment:


An extract from my editorial in the July 2012 issue of Circle Update, the newsletter of the Circle of Wine Writers

'In the UK wine investment remains unregulated so companies are able to make claims like this – ‘10% return per month’ ‘existing clients up to 100% per year tax free!’ (see below). If wine investment fell under the aegis of the Financial Services Authority such claims would not be allowed.

The bait of 100% a year tax-free from Vintage Wine Investors Ltd. The above scheme looks as though it might be a collective investment, so subject to FSA approval

There are moves to form a regulatory body for wine investment, ‘to combat an influx of bogus sellers and prevent company collapses’, as most recently reported in The Independent

In principle I am all in favour of trying to protect the public and to restrain and preferably weed out the many dubious and unskilled companies that have jumped on to the wine investment bandwagon. Some sort of regulatory control could be very beneficial. Any body that helped potential investors to distinguish between properly-run companies and boiler rooms, often located in Bromley, would certainly be welcome.

It is, however, crucial that any sort of regulatory body is truly independent and should be independently administered. Otherwise it is all too easy for it to be seen as a cosy cartel and open to legal challenge for anti-competition. It is also essential that any regulatory body should have broad support from the fine wine trade.

Wills & Co went into administration (voluntary arrangement) on 5th August 2010. It was subsequently put into compulsory liquidation at the High Court on 1st July 2011 following a petition by the Insolvency Service on 6th June 2011.

I repeat, it is crucial that any regulatory body is independently formed and administered.'

Following the hearing on Friday 27th July at Southwark Crown Court a provisional date for the start of the trial involving the five accused regarding alleged offences with regard to Nouveau World Wines Ltd and Finbow Fine Wines has been fixed for 7th May 2013. From previous experience of similar trials I would expect this trial to last six weeks at a minimum and probably longer.