Email correspondence with 1855 reveals a succession of promises that the wine will arrive next month but for some next month never comes.
I'm still concerned to collate as comprehensive list as I can of wines that have not been delivered by 1855, so if you are still awaiting wine ordered from this company please email me with the details at jim@investdrinks.org Please be assured that your name will not be published.
Posted by Jim's Loire at 15:53 6 comments:

Email ThisBlogThis!Share to TwitterShare to FacebookShare to Pinterest
Labels: 1855, 1855.com

The jury is still considering its verdicts in this case. They retired on Monday 13th and have now been allowed by Judge John Plumstead to return majority verdicts.
Posted by Jim's Loire at 15:44 4 comments:

I understand that the jury retired around 10.30am yesterday morning to consider their verdicts.

No news so far (17.30 14th December) and Crown Court closes at 4pm, so I assume that the jury will continue their deliberations tomorrow.

Wednesay 15th (20.00): No news so I assume the jury is still out and will continue their deliberations tomorrow.
Posted by Jim's Loire at 16:10 5 comments:

I understand that the jury will be retiring first thing on Monday to consider their verdicts.
Posted by Jim's Loire at 16:49 No comments:

Following the disruption last week to transport caused first by the tube strike and then the snow I wasn't able to get up to St Albans to catch up with the case until this morning.


All the evidence has now been given and closing speeches have started. I heard part of Anne Evans, concluding remarks for the prosecution this morning. She was due to continue this afternoon with the first of the defence speeches starting later today. With the court tomorrow only sitting in the morning, closing speeches won't be finished until sometime on Thursday and then His Honour Judge John Plumstead will be summing up and issuing his directions to the jury, which is now down to 11 members. It looks like the jury will retire to consider its verdict from Friday or Monday. Then it will depend upon how long they need to make their decisions, which may be sometime as there are six defendants. Also there are a number of charges for them to consider, so it may be Tuesday or Wednesday of next week at least before the jury decides on its verdicts.
(I hope to add some detail from Anne Evans' concluding speech as well as from Paul Craven's evidence earlier in the trial.)
Posted by Jim's Loire at 17:19 2 comments:

As has been reported elsewhere the roof at LCB warehouse at Purfleet collapsed on Thursday evening. It is believed that snow was a contributory factor. Fortunately the collapse happened at 4.45pm  30 minutes after the facility had closed and staff had gobne home, so no one was injured. It is highly probable that the bad weather saved lives here as around Christmas time staff frequently work overtime but the decision was taken to close the warehouse on time (4.15) that day due to the bad weather and poor road conditions, otherwise it is likely that staff would have been working overtime there when the roof collapsed.
Only merchants store at Purfleet, so private reserves are not affected. However, of the 100,000 cases stored there it is estimated that certainly 70% of the stock has been lost and possibly as much as 80-90%. This is through bottles smashed and then subsequent weather damage. Companies using Purfleet tend to be the small to medium players and, of course, a sudden loss especially at Christmas time can have very serious implications for businesses.
Companies known to store at Purfleet include High Spirits, Patriache, HG Wines (the wine company of the St Johns group) and Peter Watts.
Posted by Jim's Loire at 16:27 No comments: 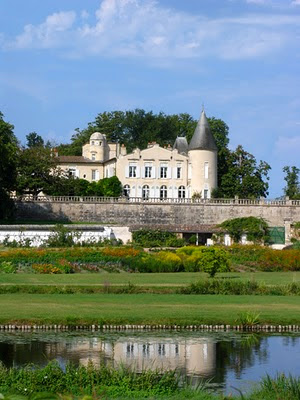 A couple of interesting articles here:

I have been contacted by several people about outstanding en primeur orders from 1855.com. If anyone is waiting for an order for Bordeaux en primeur wines (vintages: 2003, 05, 06 and 07) ordered through 1855.com, I would be very grateful if you could send me the details of any outstanding orders including when it was ordered and the price paid.

Please email me through jim@investdrinks.org.
Posted by Jim's Loire at 13:58 8 comments: