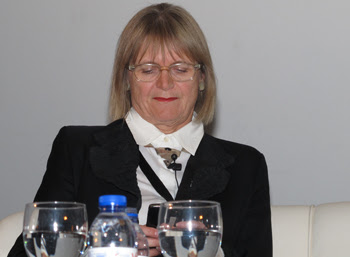 Good and thought-provoking article by Jancis Robinson MW asking how journalists covering the 2010 Bordeaux en primeur tastings can avoid becoming part of Bordeaux's sales machine:
23 Mar 2011 by Jancis Robinson
'It looks, against all odds, as though Bordeaux may just have another sought-after vintage on its hands with the 2010s (see Vintage reputations - the struggle for truth). Asian markets, with the tragic exception of Japan, seem to be on fire for classic, investment-grade wines. The Americans look ready to come back into the picture for Bordeaux primeurs, having sat out 2009s to a great extent. Many economies are in a much healthier state than the British one, and even in the UK there is no shortage of potential investors with, for example, bonuses burning to find an amusing home. No wonder the UK's fine-wine traders are in such fine fettle. This year they don't even seem to be bothering to demand reasonable pricing from the top Bordeaux proprietors - who are currently rolling in cash, as any visitor to the Médoc and its myriad building projects can attest.
I have already tasted some 2010s and can see that there will be considerable interest in them. I am going back to Bordeaux twice, once at the end of this month and once at the beginning of next, to taste this embryonic vintage as thoroughly as is possible as usual, but I really do wonder what to do with my tasting notes.'
Read the rest here: http://www.jancisrobinson.com/articles/a201103204.html
**
Probably the only way for journalists to escape Bordeaux sales machine is not to go until the wines are closer to being ready and after the prices have been released. By which time, of course, most of the wines will have been sold and a critics comments may not be very relevant.

See also the open letter from Michel Bettane, the prominent French wine critic, to Sylvie Cazes of the UGCB.
Posted by Jim's Loire at 12:13