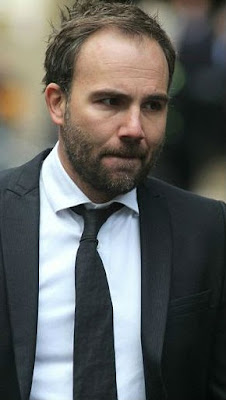 In a surprise development the sentencing of Daniel Snelling on all four counts in the Nouveau World Wines Ltd/Finbow Wines Ltd fraud and Rebecca McDonald in respect to conspiracy to defraud in relation to Finbow Wines Ltd has been adjourned until tomorrow afternoon – around 2pm at Court 3.

A crowded Court 3 at Southwark Crown Court was stunned when His Honour Judge Grieve QC announced around 3.45pm that sentencing would have to be delayed because all Southwark courts could not continue beyond 4pm today due apparently to a community event. There were shouts of "you must be joking" from the public galleries, which included some 20 family and friends present to support Rebecca McDonald.

The sentencing hearing started a little after 2pm and by just after 3.30pm the Judge had heard submissions from the Crown and pleas of mitigation from counsel for Daniel Snelling and Rebecca McDonald. The court then rose for the judge to consider these submissions. His Honour Judge Grieve returned ten minutes later to make his bombshell announcement. He apologised profusely for the anguish this delay will cause the defendants but the circumstances were beyond his control.

Dina Snelling was not present in court – she has been suffering from severe depression and was admitted briefly to hospital last week. She will be seeing a psychiatrist on 19th September. Dina Snelling will be sentenced once the judge receives the psychiatrist's report –  the sentencing date has been fixed for 11th October.

In relation to Daniel Snelling the Crown has applied that he be banned from serving as a UK director  – the maximum ban is 15 years. Also that a Serious Crime Prevention Order be issued against him and for this to apply from the time of his release from prison. Under a Serious Crime Prevention Order Snelling would have to reveal all of his financial transactions to the police.

The process of issuing confiscation orders against the Snellings and McDonald has been set in train.

The trial date for 32-year-old Kelly Humphreys, Daniel Snelling's girl friend, and 39-year-old William (Billy) Alan Davies has been fixed for 2nd June 2014. It is estimated to last three to four weeks. Humphreys is charged with three counts: conspiracy to defraud in relation to both Nouveau World Wines Ltd and Finbow Wines Ltd as well as money laundering (Count 3 – see charges here). Davies is charged with conspiracy to defraud in relation to Finbow Wines Ltd – he had no involvement in Nouveau.

Humphreys was originally due to stand trial with the others but was severed from the trial as she was pregnant. Davies was only found by the police and arrested on 13th August. He is now on bail with a surety of £100,000. Humphreys and Davies have pleaded not guilty.