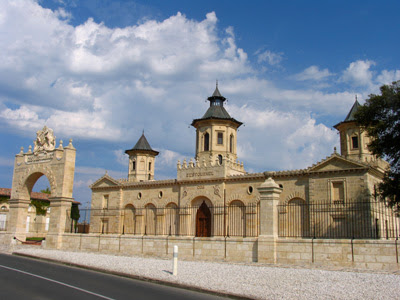 This is now on the BBC iplayer.


I'm delighted to see fraudulent and dubious wine investment companies under the media spotlight and I thought the report was well done. However, my suggestion that the police are not doing enough needs clarification.
The programme said I thought the 'police were not doing enough'. They didn't use a direct quote and while this is fair comment overall I did say that I was pleased to see current investigations by The Met, City of London police and the investigations by Hertfordshire police.
It was interesting that the anonymous interviewee claimed that Kai Seale was only the front man for Seale Wines Ltd and that it was actually run by someone else. If this is correct who was actually running the company and how many other companies does this shadowy person run?


Following the Inside Out programme I have been contacted by Jeremy Marshall of Irwin Mitchell (details here):
'I am a litigation partner in Irwin Mitchell.  If you have not had any lawyers contacting you already, it is likely that you will do so to suggest that you may want to let the victims know that a bit of collective redress may be possible.  Two immediate issues arise - firstly, there may well be a cause of action against the director as well as against the company and, secondly, there may be issues to confront re a stay of civil proceedings pending criminal.  It is possible to seek judgments against both potential targets, bankrupt/liquidate them and ask office holders to investigate their affairs.  It should also be possible at a relatively early stage to get an order against defendants to disclose assets.  Depending on those assets, a third party funder may support a claim.  I would suggest a representative claim (where all claimants have to have the same interest).  There is also the possibility of a compensation order in future criminal proceedings.If anyone wants to email me (Jeremy Marshall


*
I'm very happy to pass on Jeremy Marshall's message for information. Obviously anyone considering this legal avenue will want to decide for themselves whether this will be to their advantage or not.
Posted by Jim's Loire at 09:21

Email ThisBlogThis!Share to TwitterShare to FacebookShare to Pinterest
Labels: BBC London Inside Out, Seale Wines Ltd