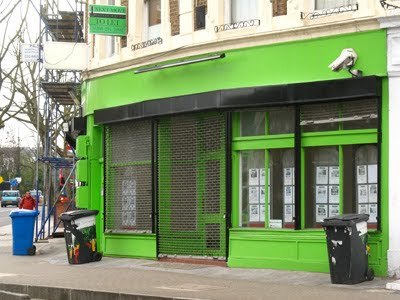 'I was reading your website with interest, doing a bit of background research, after being cold-call telephoned by Eighteen 55 clarets. I haven't invested in wine before but the person on the end of the phone was very plausible and persuasive. He first contacted me in February, when I said I wouldn't want to invest. But he contacted me again yesterday, again sounding very plausible. He wanted me to invest around £5,000 in an en primeur case. I think it was a lafite rothschild (at least it was the first time he rang me). He said that it was almost guaranteed to grow within the first 2-3 months, and if I wanted to sell after that I could. Or I could wait till it had matured for the 2 years after which it would be bottled.'
My response
Eighteen55 Clarets Ltd was founded on 23rd June 2008 and the current registered office is at 61 Waldram Park Road, London SE23 2PW – the offices of the Forest Hill branch of estate agents, Next Move. Its sole director is Altaur Rahman (DOB: 16.4.1973) of Catford. The company's first set of accounts are now just slightly overdue (since 23.3.2010).
They are offering 2009 Lafite en primeur before the château has released its opening price – unlikely to happen before the end of May and pretty likely not to be until June. Nobody yet knows what you are going to have to pay for 2009 Lafite, which is likely to be in great demand whatever score it gets from Robert Parker. A very good Parker score will probably only push the price further into the stratosphere given the likely interest both from the Chinese and from investors. If this turns out to be the case, then can Eighteen55 Clarets be sure that they can secure stocks of this wine?