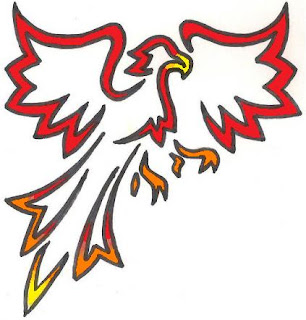 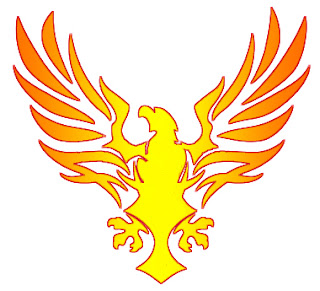 'In Greek mythology, a phoenix or phenix (Greek: φοῖνιξ phoinix; Latin: phoenix, phœnix, fenix) is a long-lived bird that is cyclically regenerated or reborn. Associated with the sun, a phoenix obtains new life by arising from the ashes of its predecessor. According to some sources, the phoenix dies in a show of flames and combustion, although there are other sources that claim that the legendary bird dies and simply decomposes before being born again.[1]'
From Wikipedia

The Phoenix is a rather splendid bird – largely mythological but they can be reared successfully in the UK as this short series of posts may indicate.

To kick off here is a recent example from the UK wine trade where a company has died 'in a show of flames and combustion' but serendipitously its debts 'simply decompose' before a new one is born again.

Goodbye – En Primeur Ltd! (05949641) ...... Hello – World of Wine Ltd! (09900486)
En Primeur Ltd was founded in September 2006 with Marco Paulo Correia (DOB: 29.9.1968) and Ana Sebastiao as the company secretary. En Primeur Ltd was based in Crawley with Ground Floor 1-7 Station Road Crawley West Sussex as its registered address and trading address: Suite 4, Kelvin House, Kelvin Way, Crawley RH10 9WE. As its company name implies, the sale of en primeur was a major focus. At the height of the demand for Bordeaux en primeur (2009/2010) Correia advertised his company's en primeur prices in January promising to hold them when the actual price posted by the châteaux several months later – surely a gamble fraught with difficulties.....

On 24th July 2014 En Primeur Ltd went into liquidation with debts that were originally estimated at 'low six figures' but which had climbed to unsecured claims of over £2.4 million by September 2015 when the liquidator, Nedim Aliyan of Abbott Fielding, filed his first annual report. News reports from July 2014 here and here.

Although Marco Correia is not an officer of The World of Wine he is the registrant of the company website – registered on 11th November 2015. Buying en primeur features prominently on the World of Wines Ltd's website.

Compare and contrast:
Keen readers may notice a certain resemblance between these two explanations of buying en primeur...... 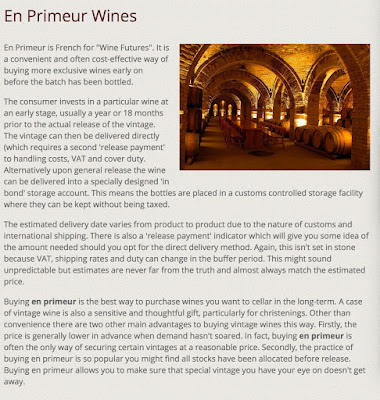 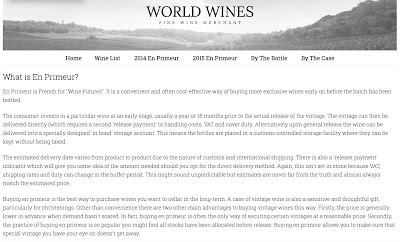 World of Wine Ltd: What is En Primeur?