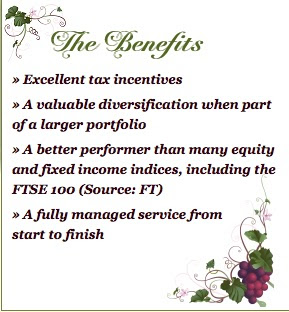 
The second report (1st November 2014 to 31st October 2015) from Findlay James, the liquidator of The London Vines, is now available. Although surprisingly poorly punctuated, it makes very interesting reading it makes unless you happen to be one of the unfortunate creditors, who may be left with nothing.

Of particular interest is section 3:
'ASSET REALISATIONS Misfeasance Claim
At the time of the last report, the liquidator had made an application to court for a charging order in the sum of £741,647.45*: An application was made to court for a charging order to be placed against the matrimonial property of both Barry and Amanda Gamble however the courts failed to apply the order prior to the Gambles selling the property. A judgment in default was made against Amanda Gamble in the sum of £179,236.61.

Further investigations into Barry Gamble's affairs showed that he owned an investment apartment in London. Ann application to court was obtained for a charging order in respect of the property. A charging order was duly obtained.

The Liquidator presented a bankruptcy petition against Barry Gamble however Mr Gamble made a number of attempts to set aside the petition. Unfortunately a Bankruptcy Order has not yet be made against Mr Gamble.** A process server attended Mr Gamble's residential address on 04 September 2015 with a view to personally serving a copy of the sealed Petition together with the Order of Judge Bishop, which adjourned the Petition hearing to 13 October 2015. The process server was unable to effect personal service and produced a Statement of Non-Service.

In the light of the above, we instructed an agent to attend the hearing of 13th October 2015 to obtain a further adjournment which would allow us time to make an application to the court for a substituted service of the Petition. However the District Judge was content to make an Order for substituted service at the hearing and ordered that service of the sealed Petition together with a sealed copy of his Order by first class pre-paid post would be deemed good and sufficient service on the seventh day after posting. Accordingly, on 16 October 2015, a sealed copy of the Petition was duly posted to Mr Gamble and will have been deemed to be served 27 October 2015. The Bankruptcy hearing return date is listed for 08 December 2015 at 11.30 and a Bankruptcy Order will be sought at the return hearing.**

A settlement was reached last year with Robert and Sylwia Phillips whereby it was agreed that £90,000 would be paid by 19 January 2015. It was intended that they would release funds by way of a re-mortgage of the matrimonial property. The due date passed and the funds were not paid. Further negotiations ensued and it was agreed that the Liquidator would accept £71,000 in full settlement of all claims against both Robert & Sylwia Phillips. Funds were received on 29 January 2015. The reason that the Liquidator accepted the figure was that these funds were being raised by family assistance and that if we did not accept; it was likely that Robert Phillips would present his own bankruptcy petition as he was unable to raise funds on his property.'

Other aspects of the second report:
No preferential creditor claims as 'There were no known formal employees of the company'.

The Company banked with Lloyds Bank PlC. 'The bank account was closed with a credit balance and as such the bank isn't a creditor.'

'Trade and Expense Creditors
The director's estimated statement of affairs at the outset of the liquidation provided the level of unsecured trade and expense creditor claims to be £458,580.38. This figure is comprised mainly of customers who had contacted Findlay James as they heard through third parties that the company was in financial difficulties and had contacted Private Reserves/Octavian in order to establish whether wine which they believed that they owned was actually being held by them. £458,580.38 was the quantum of the claims submitted prior to our appointment as Liquidator.

Following our appointment it became apparent that there would be many customers who did not know that the company was in liquidation. Due to the fact that there were no electronic customer records, all of the contact details from paper invoices and correspondence were logged onto our systems. Notices were sent to all known customers of the London Vines. The sending of this notice generated a large volume of written and telephone enquiries from worried customers who were asked to contact Private Reserves in the first instance to establish whether their wine portfolios were stored with them. At the date covered Findlay James had received claims of £1,636,441.73 from trade and expense creditors, the majority of which are The London Vines Limited Customers.'

Bad news for creditors:
'6. Dividend Prospects
Based on present information, it is unlikely that there will be sufficient funds available to enable me to declare a dividend to any class of creditor in this matter. The position may change once a bankruptcy order (**) is made against Mr Barry Gamble. A Trustee will investigate what happened to the funds from the sale of the matrimonial property. It will also be considered following the outcome of Barry Gamble's bankruptcy if it is also worthwhile presenting bankruptcy proceedings against Amanda Gamble.'

8. Conclusion of the Liquidation
The Liquidation cannot yet be brought to a close until matters against the Directors and shareholders have been finalised. As explained in the report we are still waiting to bankrupt Mr Barry Gamble and ascertain whether he has any assets which can be personally recovered from him. If there is success in recovering funds from him, the Liquidator will consider whether there is scope to issue bankruptcy proceeding against Amanda Gamble too.'

* In his first report (17th December 2014) the Liquidator reported that they had obtained a default judgment against Barry Gamble for £741,647.45.

**  This has now happened. At a hearing on 8th December 2015 at Croydon Court, Barry Gamble was made personally bankrupt.

Unfortunately as usual the only people who appear to have made money out of the liquidation of The London Vines Ltd are the liquidators and the lawyers. Clearly liquidators and lawyers have to be paid for their work but it does seem wrong that the creditors are likely end up with nothing.
Posted by Jim's Loire at 10:14