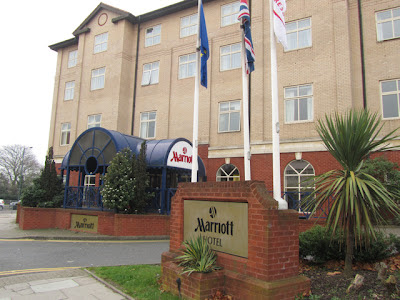 Beaumont Vintners Ltd duly went into liquidation on Thursday 5th April 2012. During a meeting held Marriott Hotel in Bexleyheath, Nedim Ailyan of Abbott Fielding and David Ingram of Grant Thornton have been appointed as joint liquidators. The deficiency is understood to be £1.5 million and there are few assets. The deficiency includes between £600,000-£700,000 of orders placed by clients Beaumont Vintners Ltd for Bordeaux en primeur believed to be 2009s. Beaumont placed orders for between £30,000-£40,000 of en primeurs and these I understand from Nedim Aliyan are currently thought to be the company's sole assets.

Samuel Philips, the sole director, was present at the creditors' meeting. Philips was appointed on 10.11.2011 following the resignation of Stephen Carpenter _ appointed 8.10.2010. It was clear from the meeting that Philips was a nominal or patsy director as he was not a signatory to the company bank account. Apparently Carpenter had remained a signatory. A Richard Evans had also been a director of the company – appointed 28.6.2010 and resigning on 9.2.2011. investdrinks understands that during the meeting at the Philips declined to name those who actually ran the company, which was set up on 18.6.2010.

Bordeaux UK Ltd – an update on the liquidation
It has still not been possible to establish final figures, partly because the company's system was so poor and inadequate. There is between £300,000 and £400,000 worth of stock at the Octavian bond in Wiltshire, where it appears that customers' stock was switched without their knowledge between named customer reserves and Bordeaux UK's own account. There is over £2 million worth of 2009 en primeur that the company bought. It is planned to sell this through Sothebys auction house, although the timing of the sale will be delicate if the liquidators are to realise the best price for this stock. It is hoped that this will raise between £2.5 million - £3 million.

Overall current claims from creditors are between £8-£10 million but the actual figure is understood to be around £6 million as a number of creditors have claimed what they think their wine ought to be worth rather than what they paid for it. Furthermore because the figures have yet to be finalised Revenue and Customs have not yet be able to submit their claim for unpaid tax.

As things stand creditors are likely to get 30p in the £. investdrinks understands that due to the lack of proper systems of control at Bordeaux UK, the same stock might be sold several times over to different customers.

Bordeaux UK on the BBC
The BBC will be featuring Bordeaux UK later today with Paul Lewis covering this story and problematic wine investment on BBC Breakfast and then later on Money Box (Radio 4) at midday. See BBC story by Bob Howard here.

Lessons to be learned
Nedim Ailyan of Abbott Fielding estimates that investors may have lost over £100 million over the last four years as more than 50 wine investment companies have 'collapsed'.

Do not fall for cold calls and aggressive, high pressure telesales tactics

Check out companies carefully before buying. This is particularly important when buying en primeur. Chris Kissack has some good advice here on en primeur particularly related to the 2011 Bordeaux vintage with the campaign just beginning.

Use price checkers like wine-searcher to see whether you are paying over the odds.

Set up your own account at a bonded warehouse making sure that your wine is quite separate from the company. With a customer reserve account your wine remains under the control of the company and your wine can be moved or even sold without your knowledge.

Spread your risk – do not put all your savings into wine.


Wine investment, except for wine funds, are not regulated. So if things do go wrong there is no compensation scheme.