Following a petition in the High Court London by three creditors it was ordered that the company – Twelve-by-Seventy-Five Ltd – be wound up. The order was made on 30th January 2019. The petition was lodged on 14th December 2018 by Stuart John Reid, Gregor James Reid and Shona Louise Reid.

Sultan Mahmood Rashid, the sole remaining director, did not contest the petition nor was he present in court of the hearing.

Like vultures White Knights are circling looking to hit victims a second time. Step forward Empire Investment Capital Ltd. This company was founded in 2014 and its sole director is 59 year-old Raymond William Empson

Today I received this email (below) from an investor misled by promises from Twelve-by-Seventy-Five Ltd asking for advice. They have been contacted by Empire Investment Capital Ltd.


'Like many others you are aware of I was mis-sold Excellence De Belliard wine by Twelve by Seventy Five and their directors, De Nardis and Rashid with the promises of high returns. As with all their other customers they eventually refused to even speak to me over the past year and I now know the company has been liquidated.


Within the last month I have been contacted by a company called Empire Investment Capital and in particular by their director Raymond William Empson who has offered to sell my wine as a 'Capital Exchange' to Shangri La Hotels, Hong Kong.  The sale price they have quoted would be 16.5% premium on my purchase price to TBSF.  In order to be in their 'Capital Exchange Programme' they have requested a returnable deposit of 3750 GBP and also insist that for the exchange to be made then I must pay them the VAT on the original purchase price of my wine which is currently held in bond with LCB.  This I have refused to do as I know that VAT is not payable until the wine is released from bond.


Somehow this company has obtained a list of TBSF former customers and I believe is trying an elaborate scheme to defraud these customers of cash with promises of a lucrative sale of their wine to Shangri La Hotels who I find it difficult to believe would deal in this way knowing that the current market for Excellence De Belliard wine is virtually non-existent.  I believe also that HM Customs and Excise would not look favourably on Mr Empson's demand that VAT be paid to him in advance of any sale.'
My advice:
I have strongly urged the investor to have nothing to do with Empire Investment Capital Ltd. All too often similar deals suggesting that there is a buyer in China or somewhere else in Asia Pacific have 'fallen through' once the wine or the advance fee has been paid. I can see no reason why Shangri La Hotels would want to buy the virtually worthless Excellence De Belliard wines, especially not at a 16.5% premium.
I can only assume that this deal suggests that Raymond William Empson has an over-excited imagination......
I have also urged this investor to contact the Official Receiver about this approach. 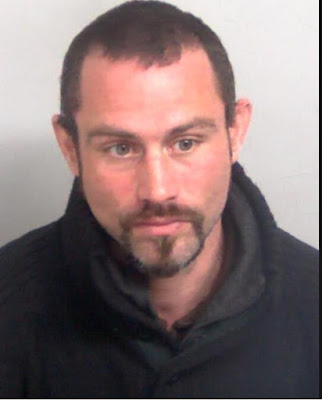